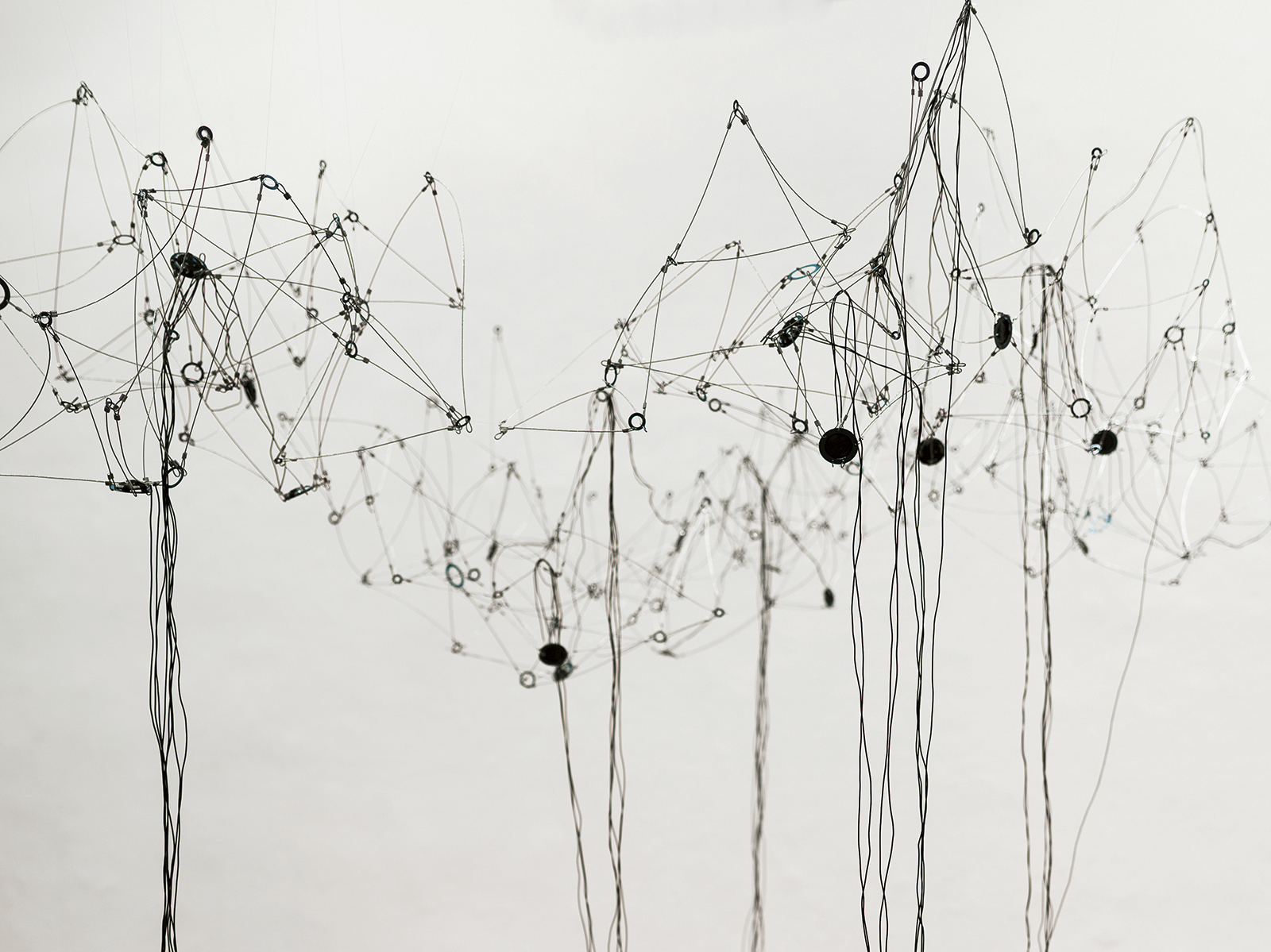 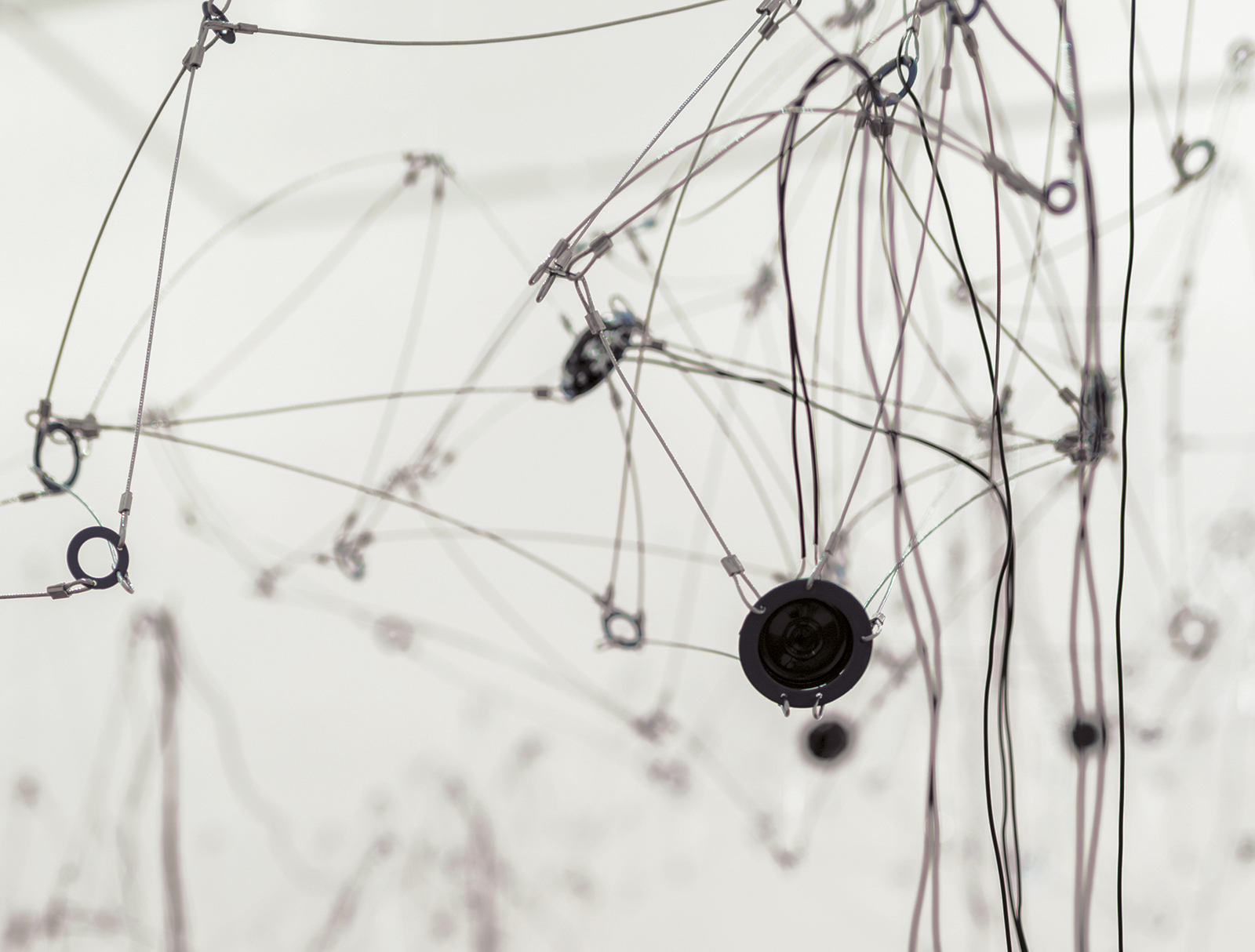 Personal insights and public crises of social structures are depicted in the daily flow of nowadays communications, specifically in internet social networks. This osmotic and permeable matter that expands from electronic and wireless artefacts is travelling at different frequencies around us. The artwork comments on the density of this invisible traffic reflecting messages captured wall to wall. The immersive ethereal network structures follow the concept and diagrams of distributed networks as suggested by engineer Paul Baran in the 1960s. The emitter environment displays a sound collage (electronic voices) in which narratives originating in the internet social networks are randomly overlapping. The collage, an embodiment of virtual creatures, whispers intimate messages and news. The machine voices attempt to deconstruct the original data expanding it into a new fictional reality. 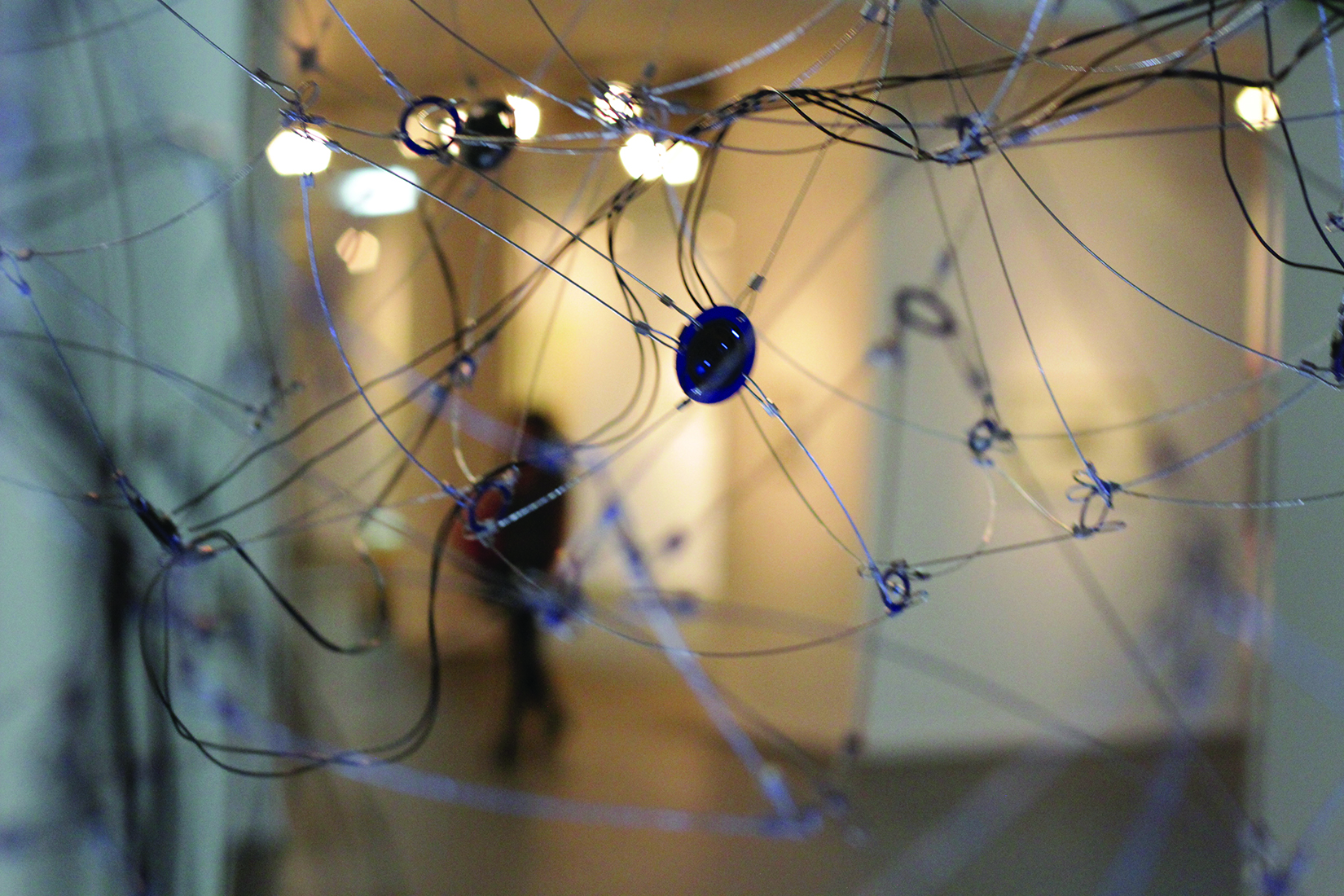 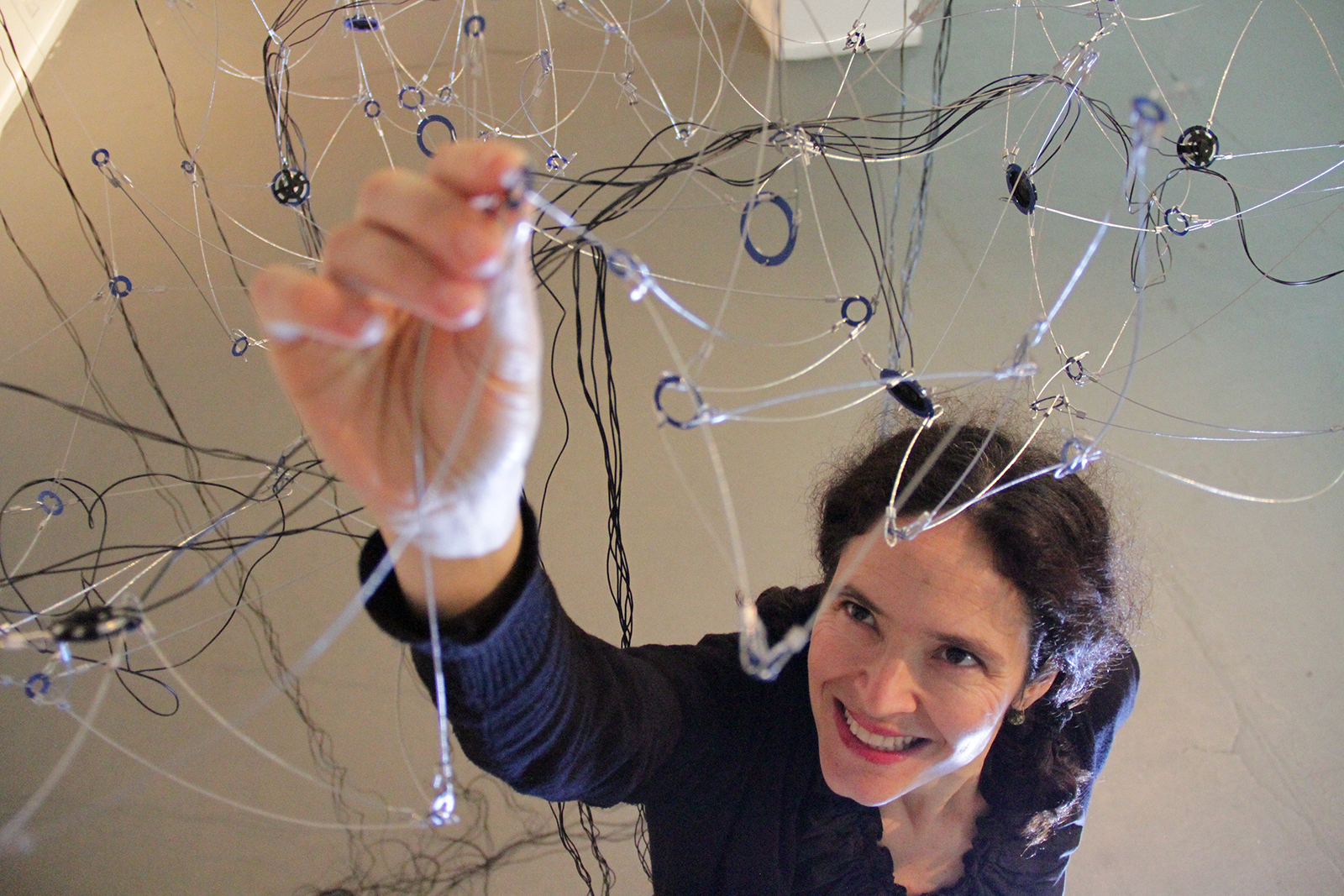