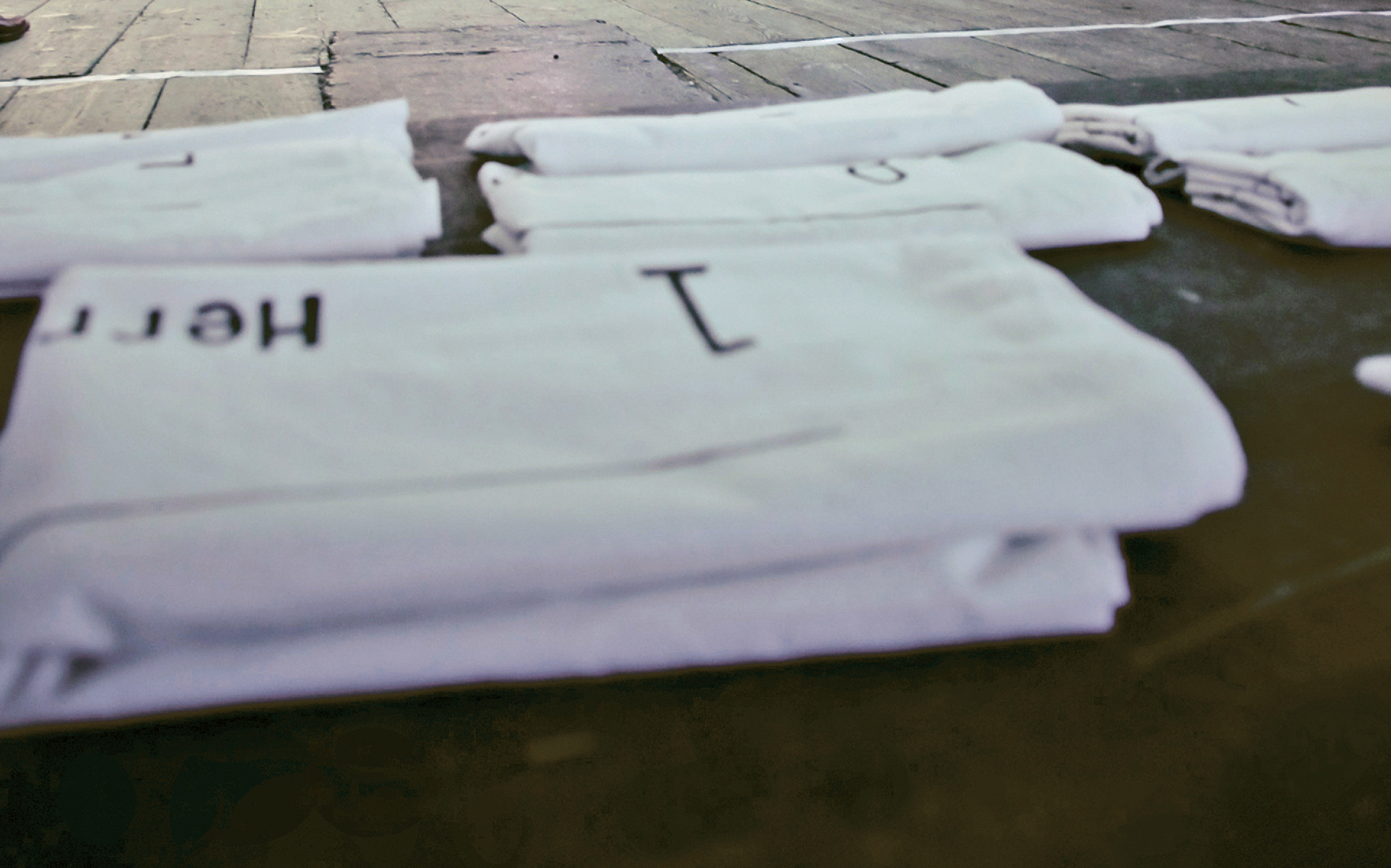 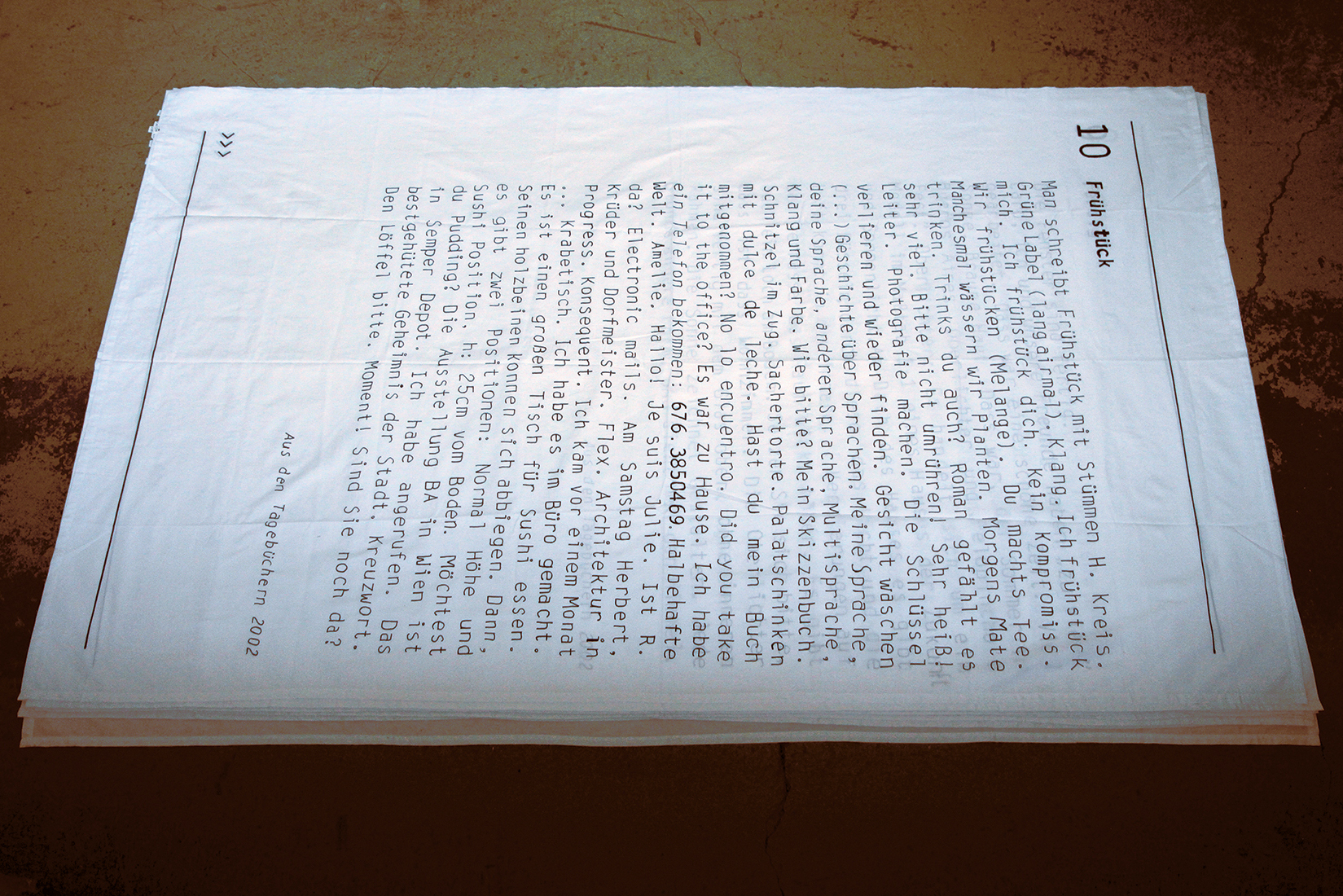 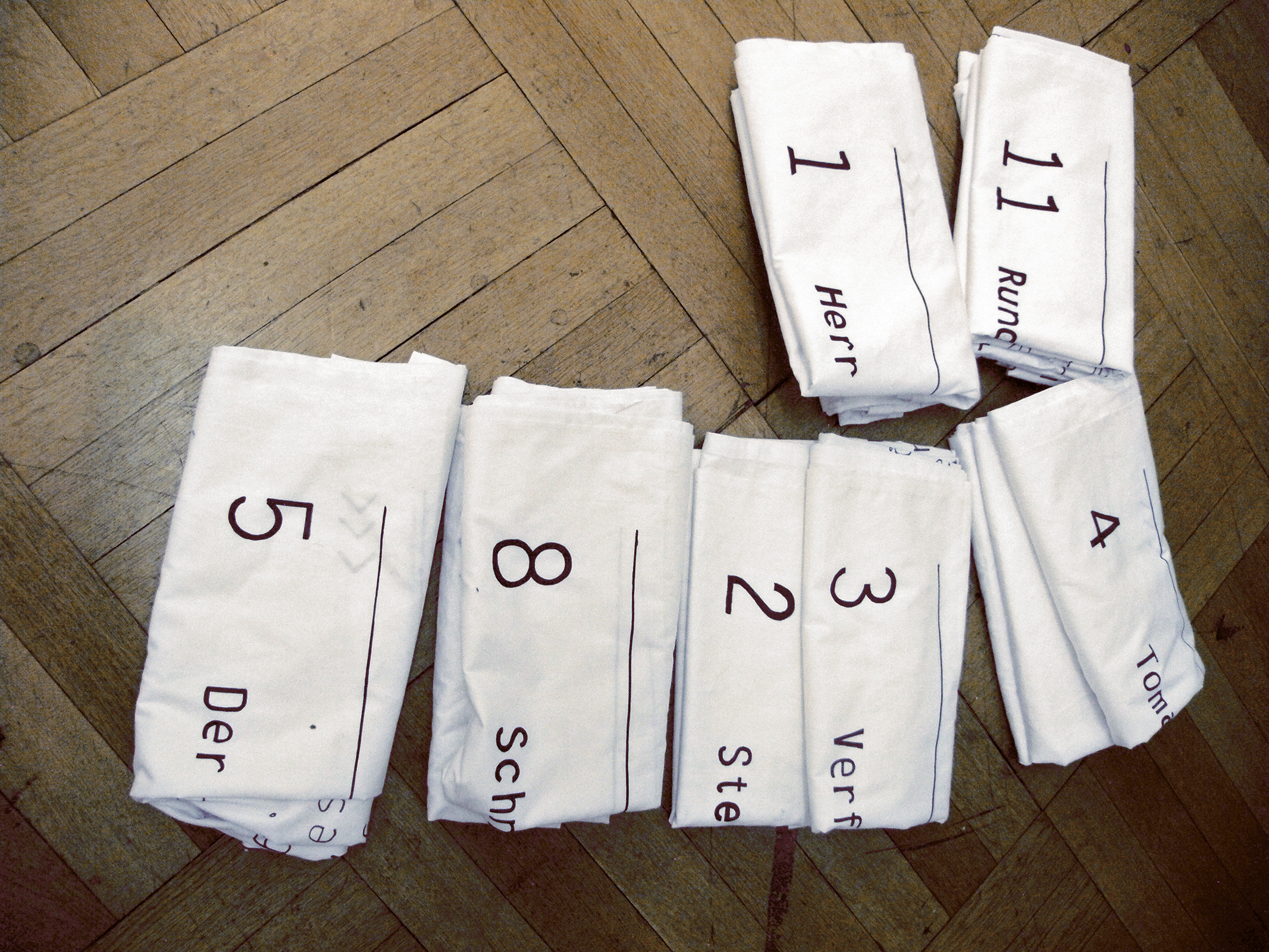 Extimum can be read on different levels, from the beginning to the end, the oth- er way around, or alternating the order. Altogether it is a piece and each part is a work itself. Extimum edits the fictional diaries of 2001/2002 composed by the artist in correlation to the Argentinian bankruptcy and a cross-section in space- time, dislocated. The fictional stories wrap around the constitution of language and identity-construction, which are in continued redefinition over time: the way we assimilate culture. It oscillates between the official reports of newspapers and personal notes. The blankets, inscribed like public reports are edited as a book with block characters like those used in newspapers or official publica- tions, but they are hand drawn on the fragility of the fabric. The format mutates its character from private to public and vice versa.
To set up that “form”, the diaries found on Bertolt Brecht’ s and Paul Dessau’s, “Der kaukasische kreidekreis”, worked as a reference. The texted blankets are finally folded, as public newspapers.
This work might be read as a kind of whisper, sweep, a colour in the voice, an animated conversation, but also as the fiction of a dramatic conversation, a pol- itic debate, a language related to the language itself… following Jaques Derrida in “The monolingualism of the other” it refers as well, with reserves, to a “de- construction” whose unique definition in some ways by fortune was venturous: “more than one language”.

Expanded media- among which: