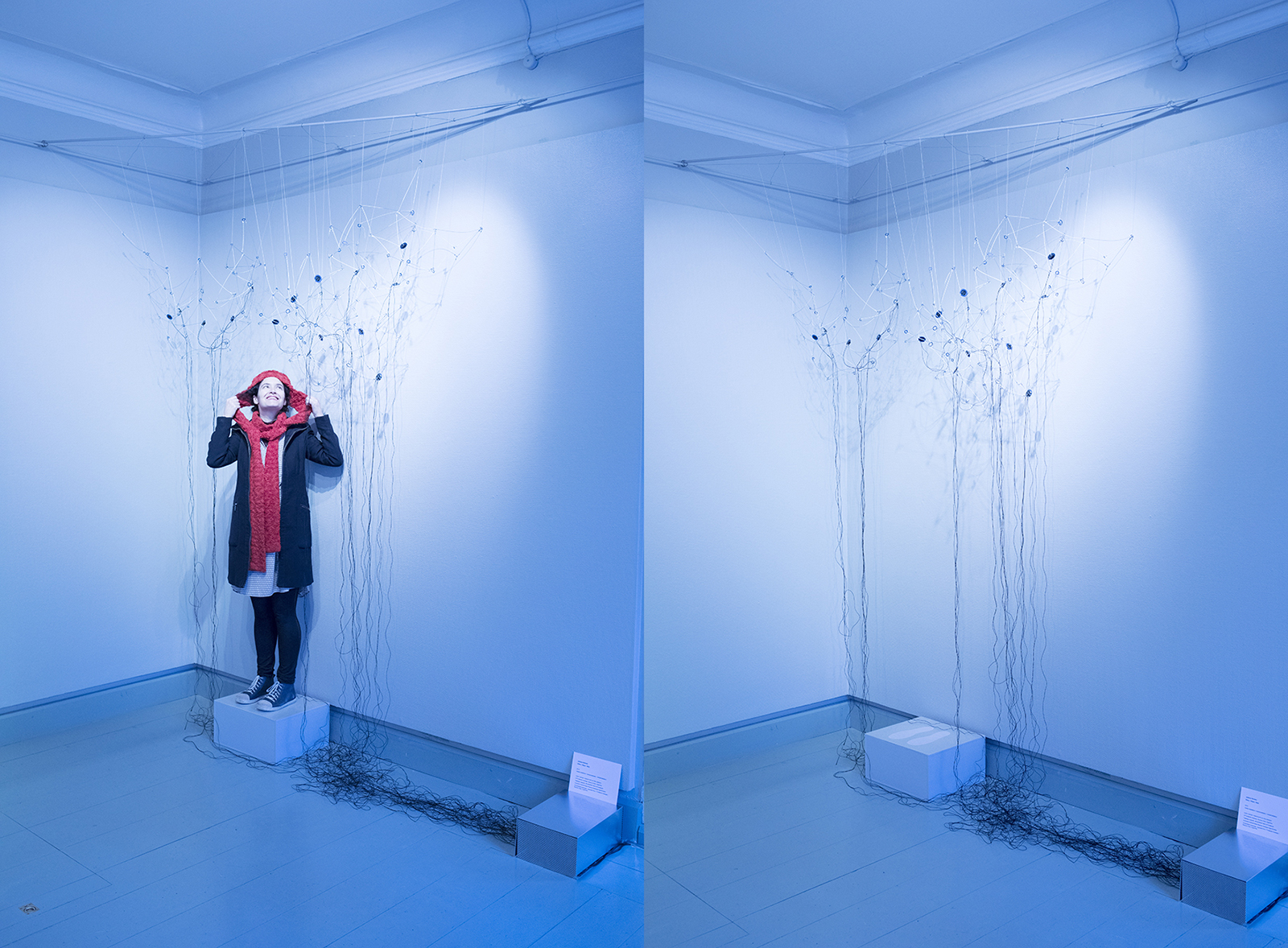 M:1:2:3
excerpts of Milieu
​
2017
Media Sound Installation
with Stepper Pedestal;
steelcable, stereosound in Loop
​
Immersive, humorous and poetic musical enclosure, that concern with the osmotic boundaries of inside and outside, private and public spheres. The artistic approach takes three tonal clouds as excerpts of Milieu that in a new work, finds condensation in the arrangement of the parts following „Sound-Form-Aesthetics“ as a essayistic texture, that incorporates the participation of the public.
​
The network structures of the clouds follow the concept and diagrams of distributed networks suggested by engineer Paul Baran in the 1960s. The sound collage (found footage from Social Networks- Deconstructed texts transformed as sound) expands into new fictional realities.