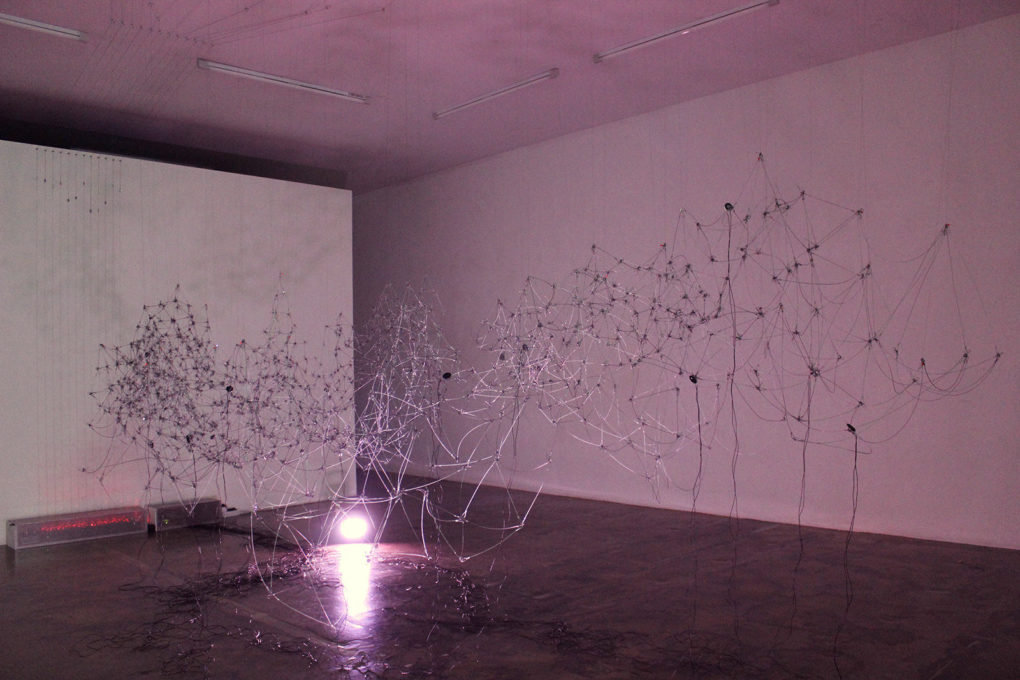 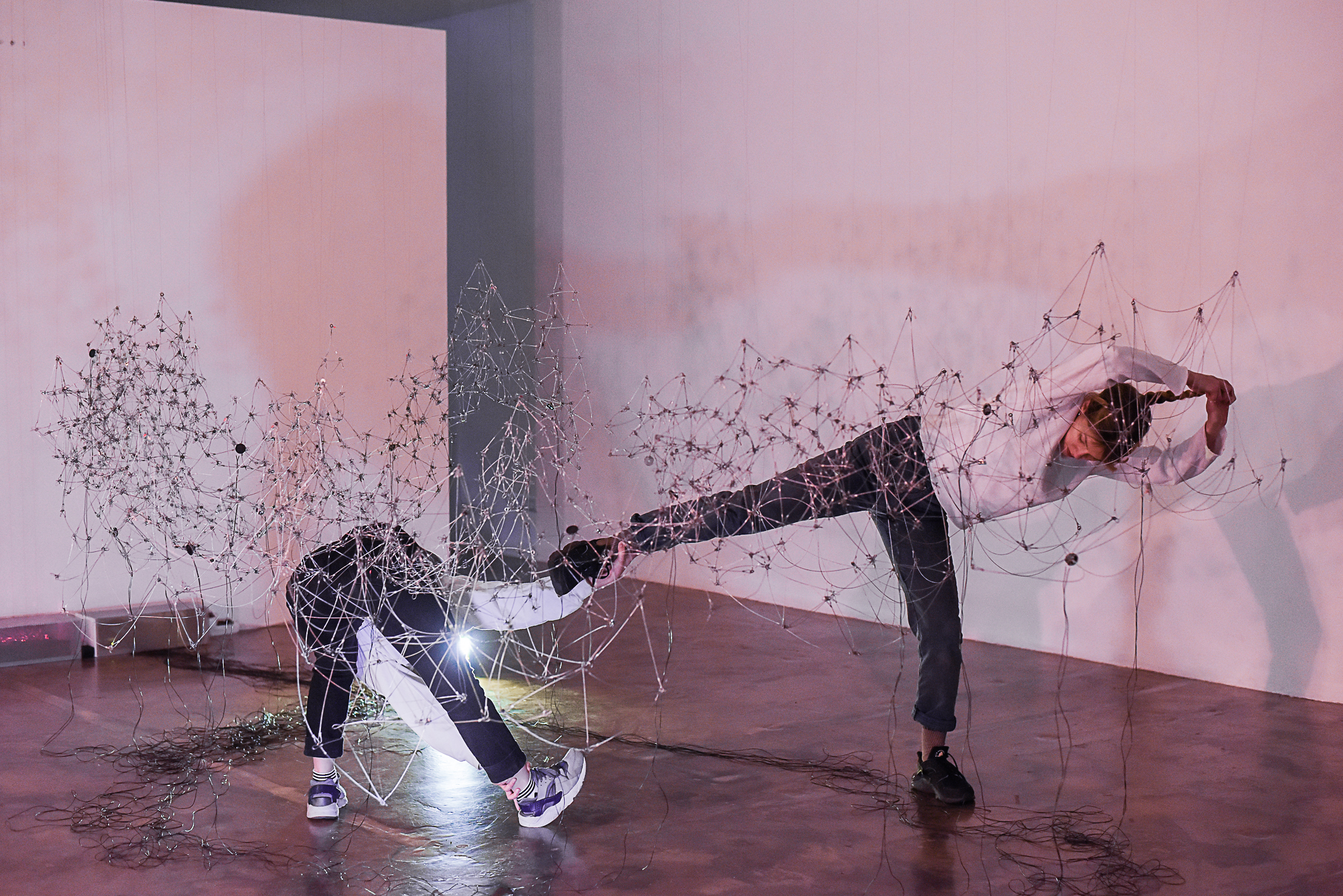 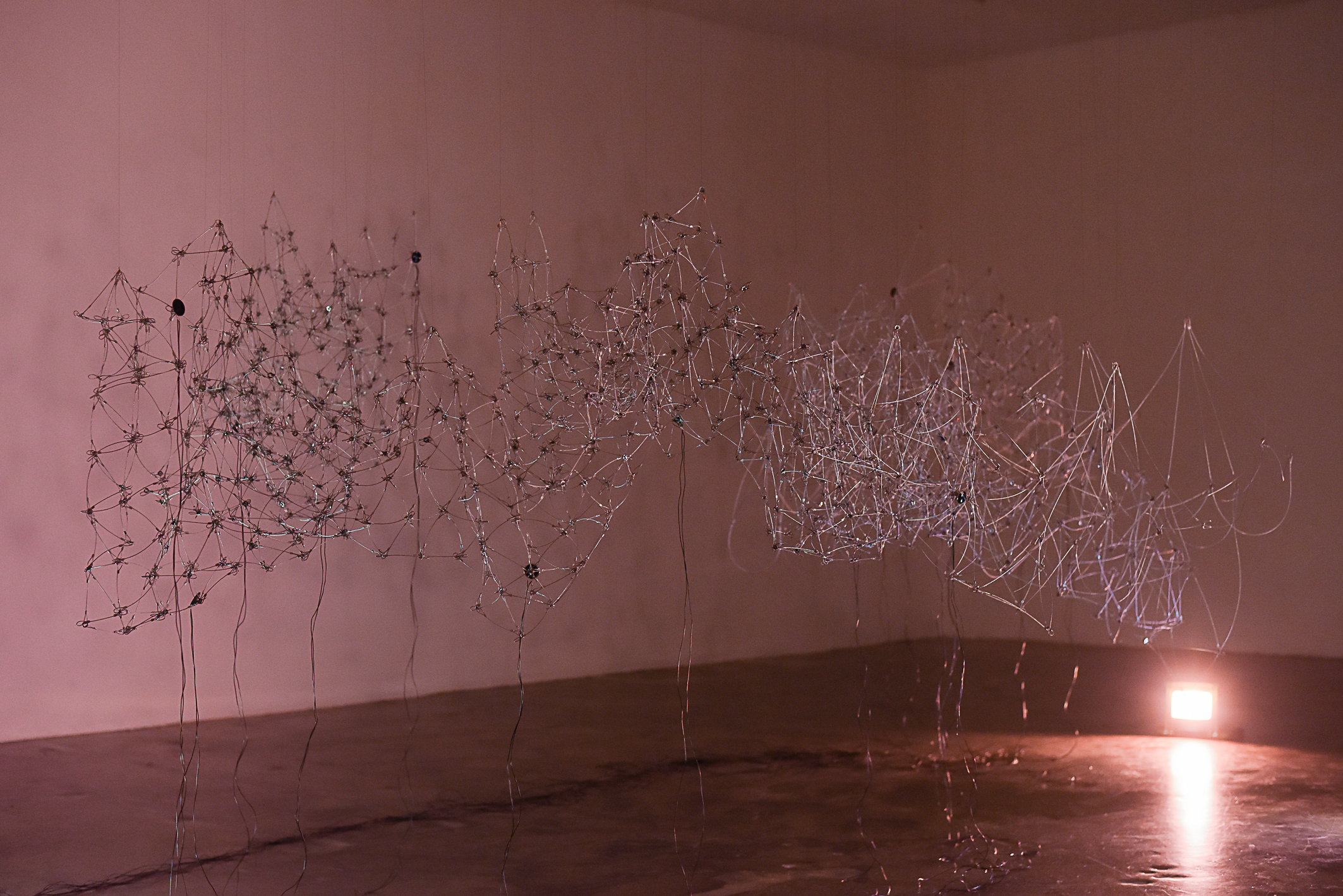 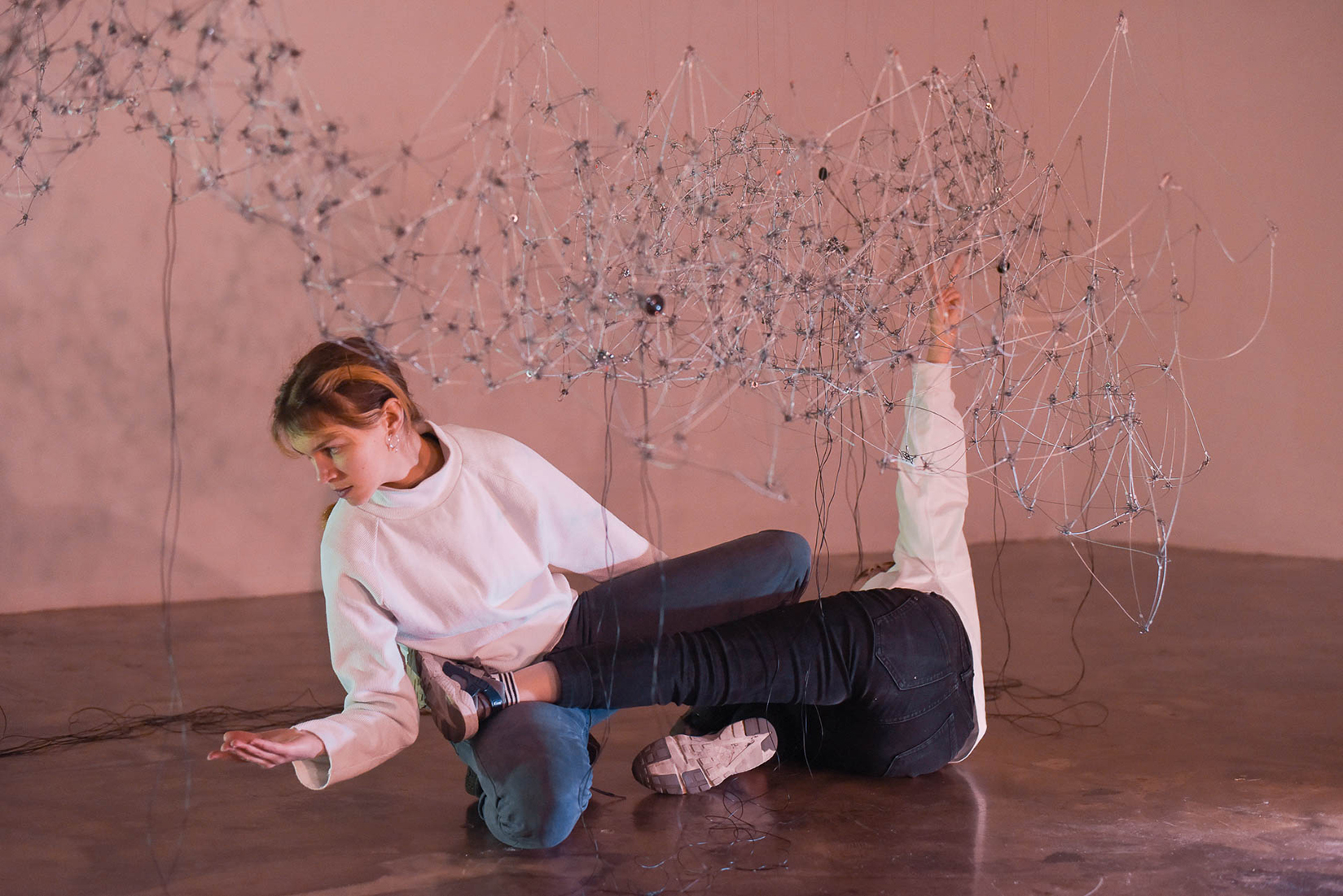 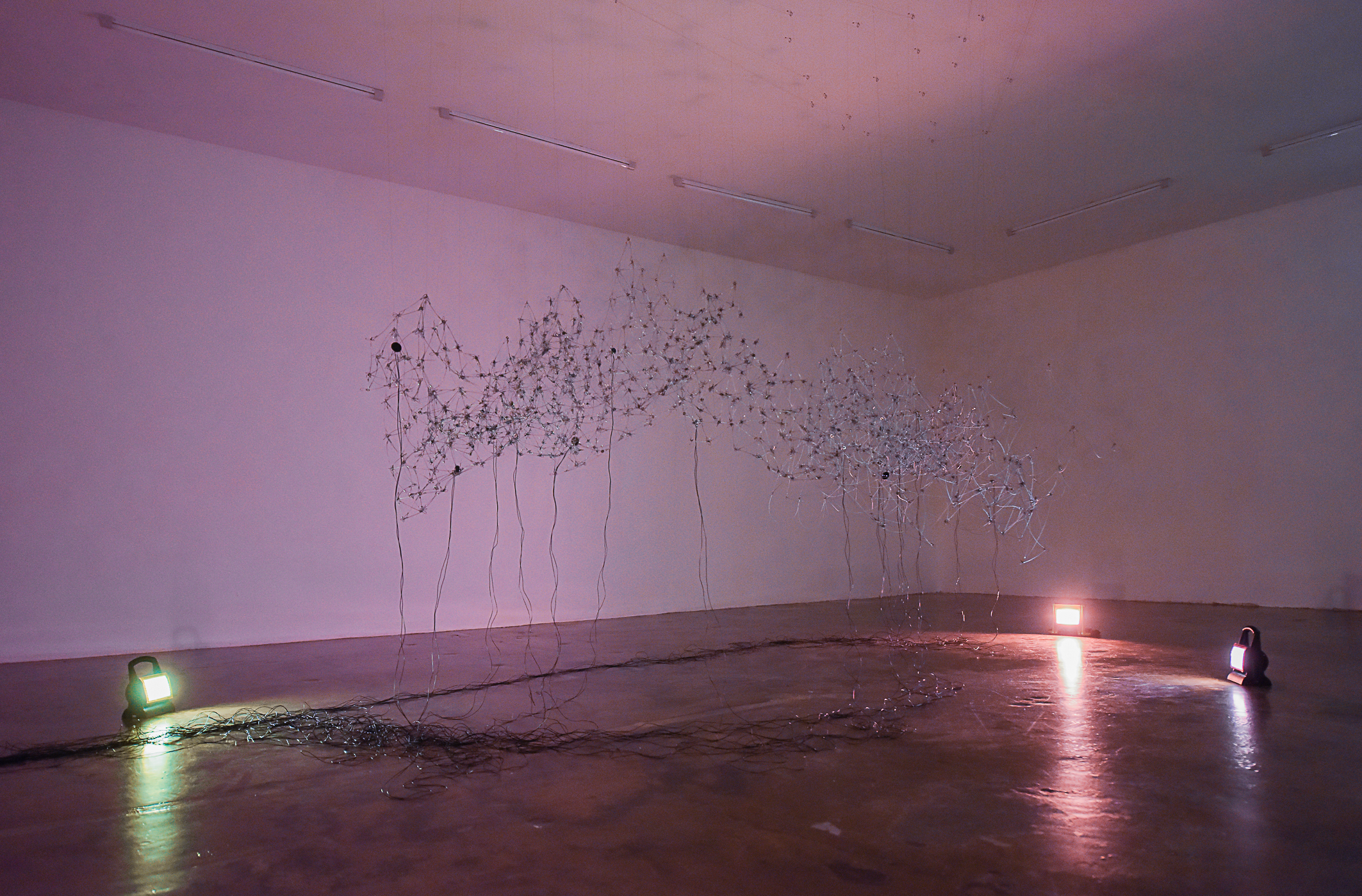 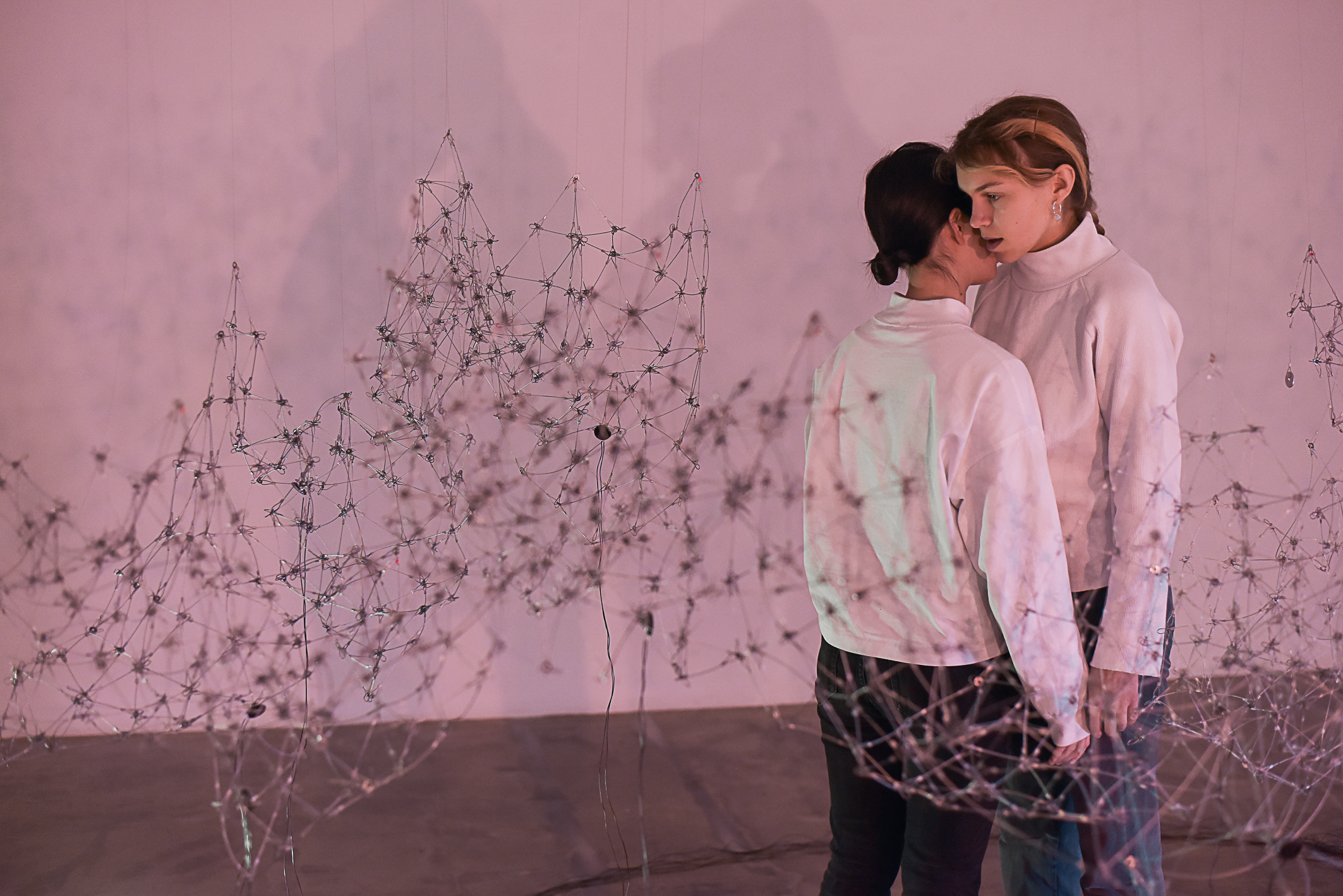 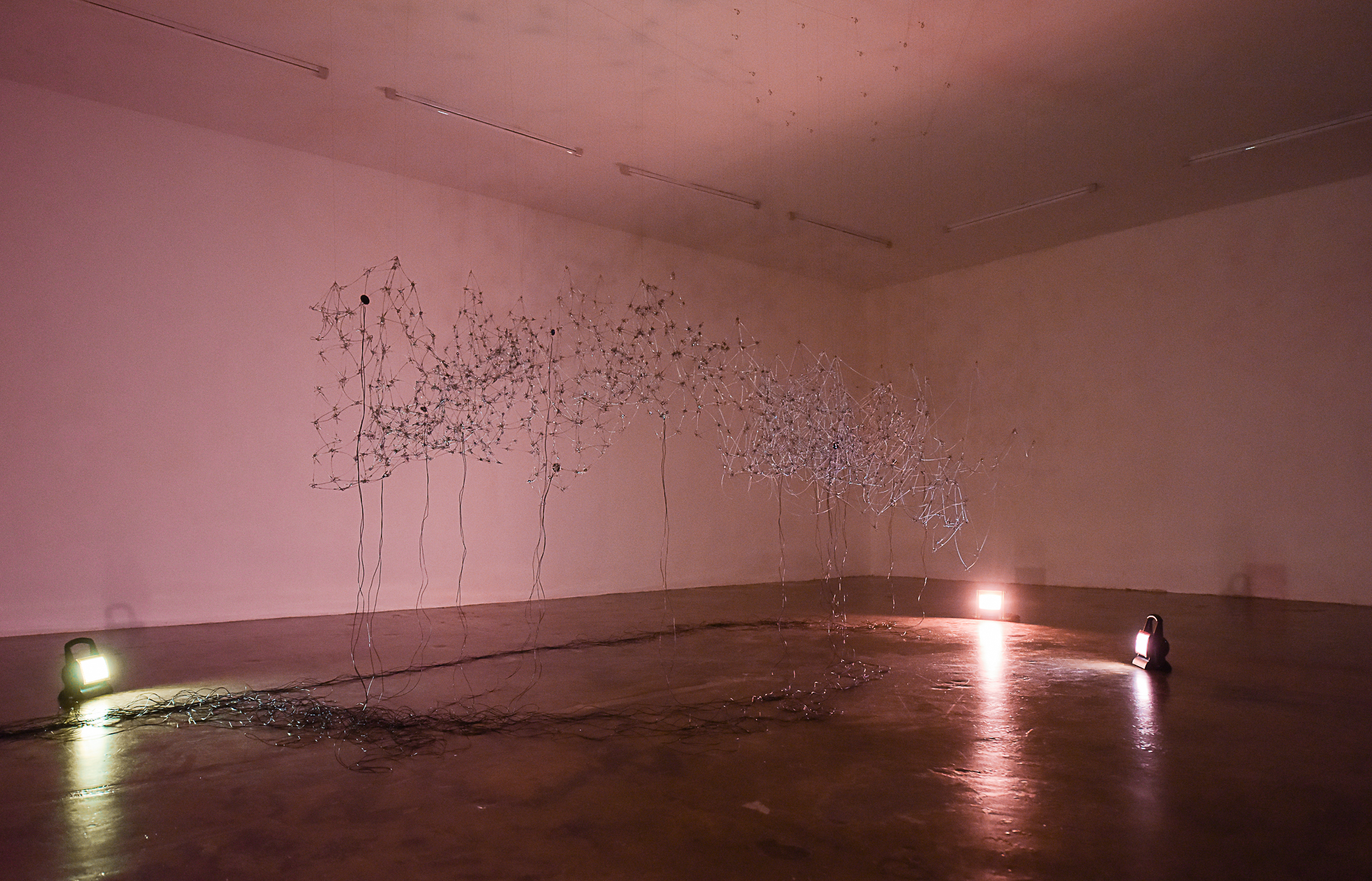 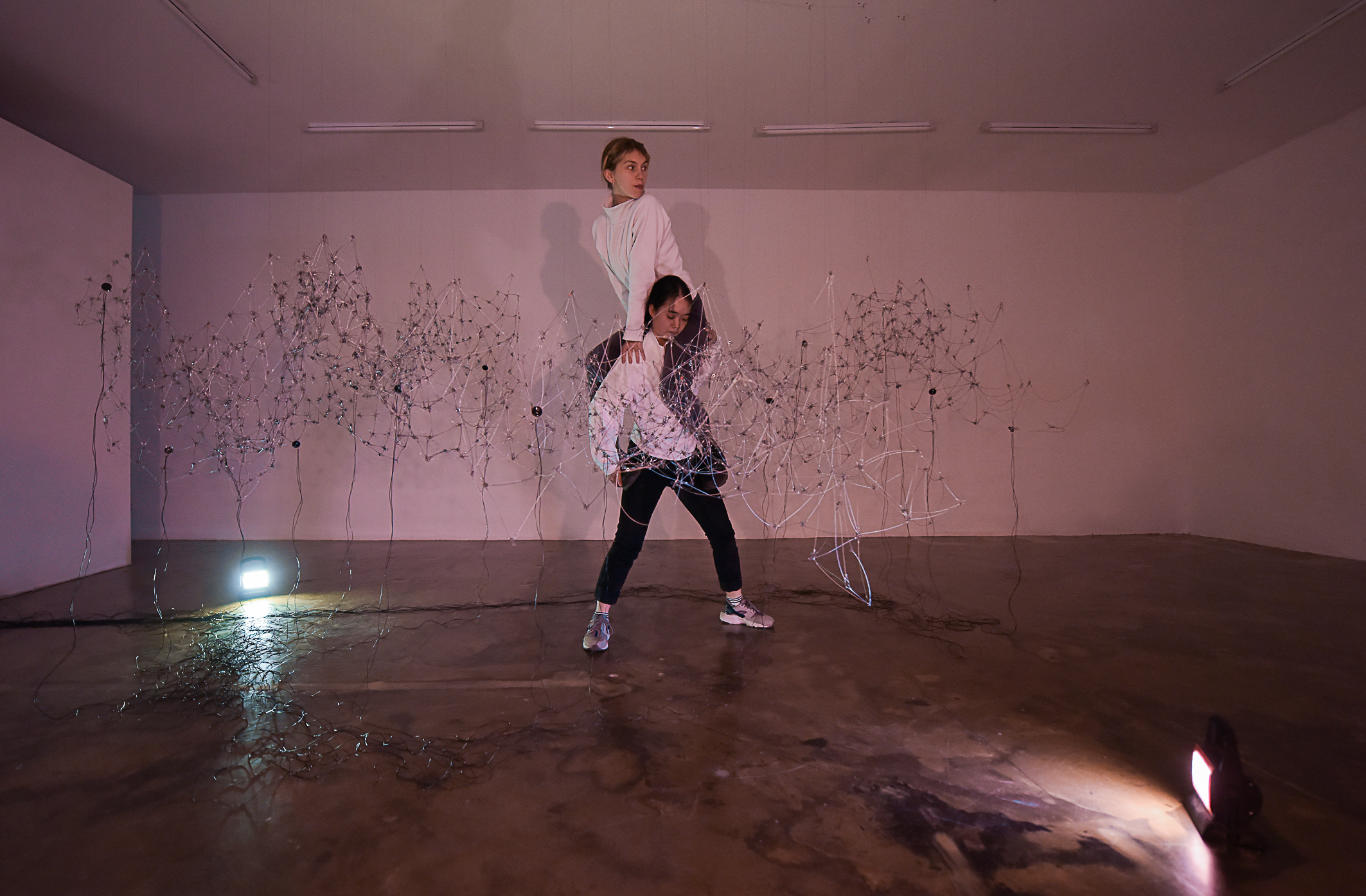 on the filaments, there where the plateau rises

on the filaments, there where the plateau rises attempts in an emancipatory way to investigate a meta- scape of a „virtual-real“ world by means of the practice of „Sound Floating Landscapes“. Through the use of (digital) found footage and specially generated materials, which are fragmented, recombined and re-layered, fictional realities are created that allow the real to tilt into the virtual, and the virtual into the real, those emerge physically as filaments which are suspended in „latent“ movement. The audio components of the work record location-based data such as geo-coordinates – in audio translation and relate them to each other through whispering and conversation. The sound of outer space, as how Earth is heard from the „Universe“ (found footage internet -NASA) is also present. The voice(s) of the machine meet speech recordings to question phonetics and the rhythm of spoken language; the human voice, in contrast to the artificial-machine and the material, stands as a metaphor for the dialectical relationship between human being and technology, which is repeated in affective perception and for processes of change in our real and imaginary cartographies.

In this work, the net of wire ropes unfolds in four dimensions (- time is identified as the fourth dimension) through interconnected lines emanating from the same geometric figure: the isosceles triangle. This smallest unit (thought parallel to Leibniz’s monad) is here a formal abstraction, which is infinitely reduced by multiple subdivisions, and can grow equally. Each isosceles triangle can itself be divided into four isosceles triangles, thus producing infinitely small isosceles triangles. Inspired by Borges‘ subtle narrative „Tlön, Uqbar, Orbis Tertius“, the fragile construction of the physical net is understood as an „abstract model of the infinite“. Constant movement keeps the work floating in its infinite forms: The singularity of the work does not manifest itself in one form, but in its immersive reality of becoming. To achieve this, the installation moves slowly. Technically, this movement is controlled by small electric motors with string pulls. Ideally, the movement appears very subtle and constantly changes frequency, leading to changes in certain nodes of the matrix structure.

The development process of this work is supported by the MA 7 – Department for visual arts and media arts – City of Vienna
​
Juliana Herrero
Artist / Sound-kinetic Installation
For the artwork: Juliana Herrero ​© Bildrecht, Wien 2019

artinformado
on the filaments, there where the plateau rises on Vimeo
performative dialogues::: on Vimeo
​
eSeL /Opening exhibition
eSeL /Finissage