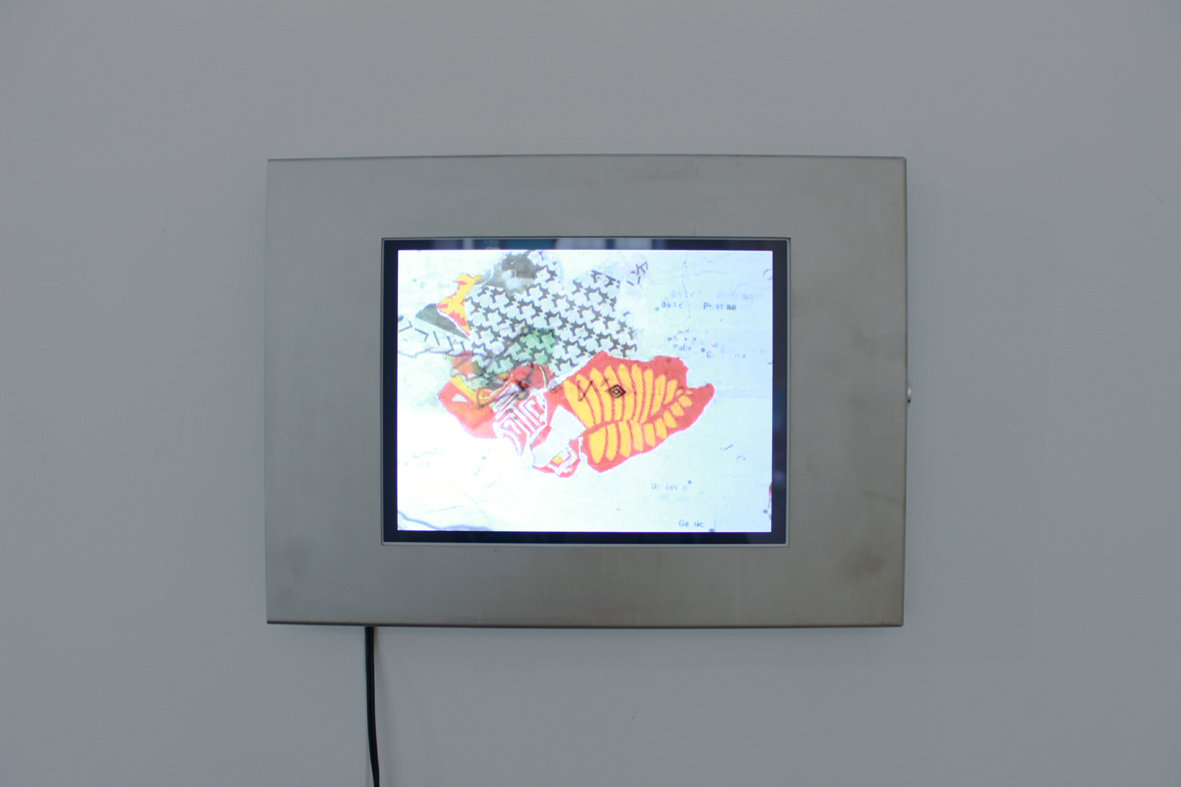 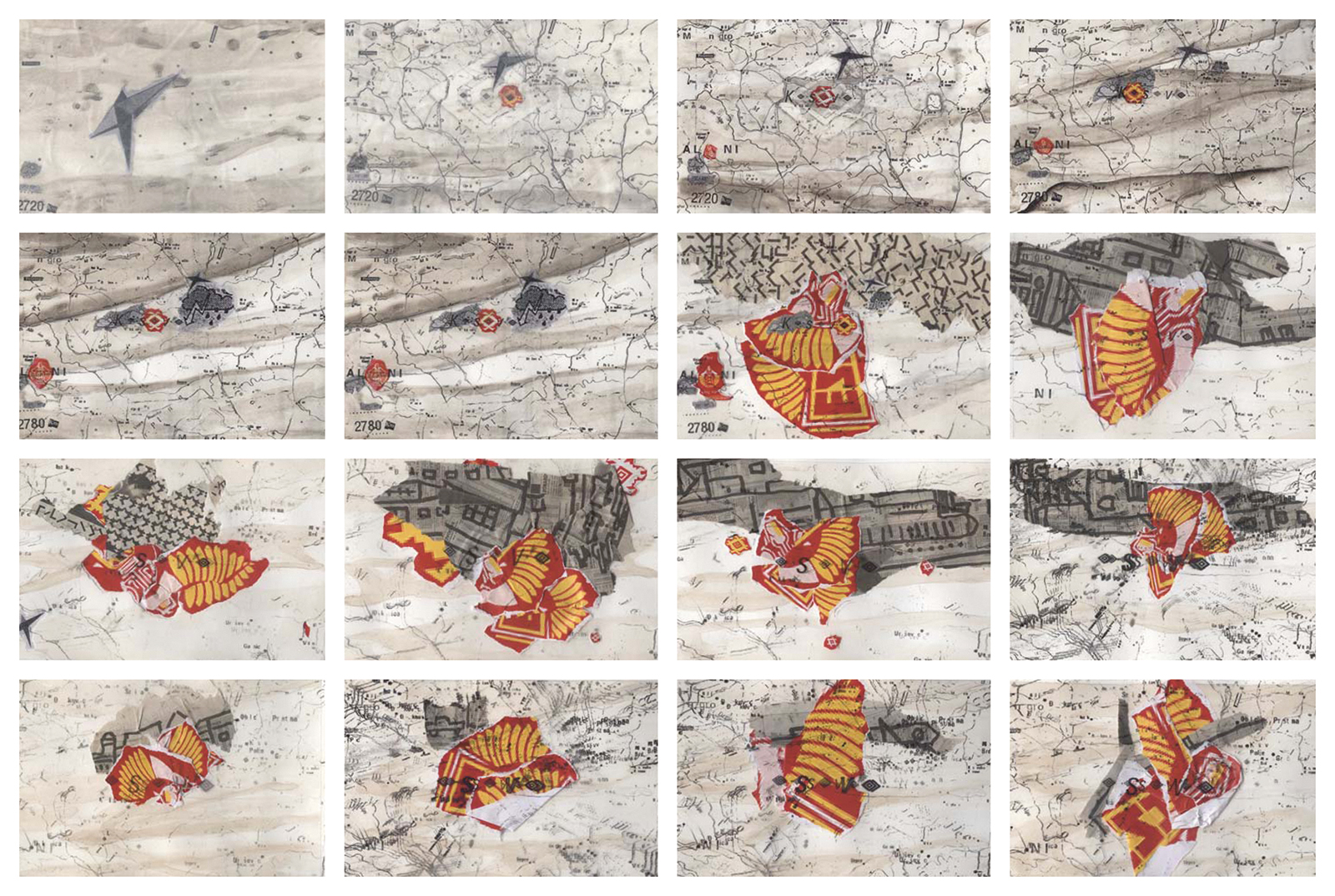 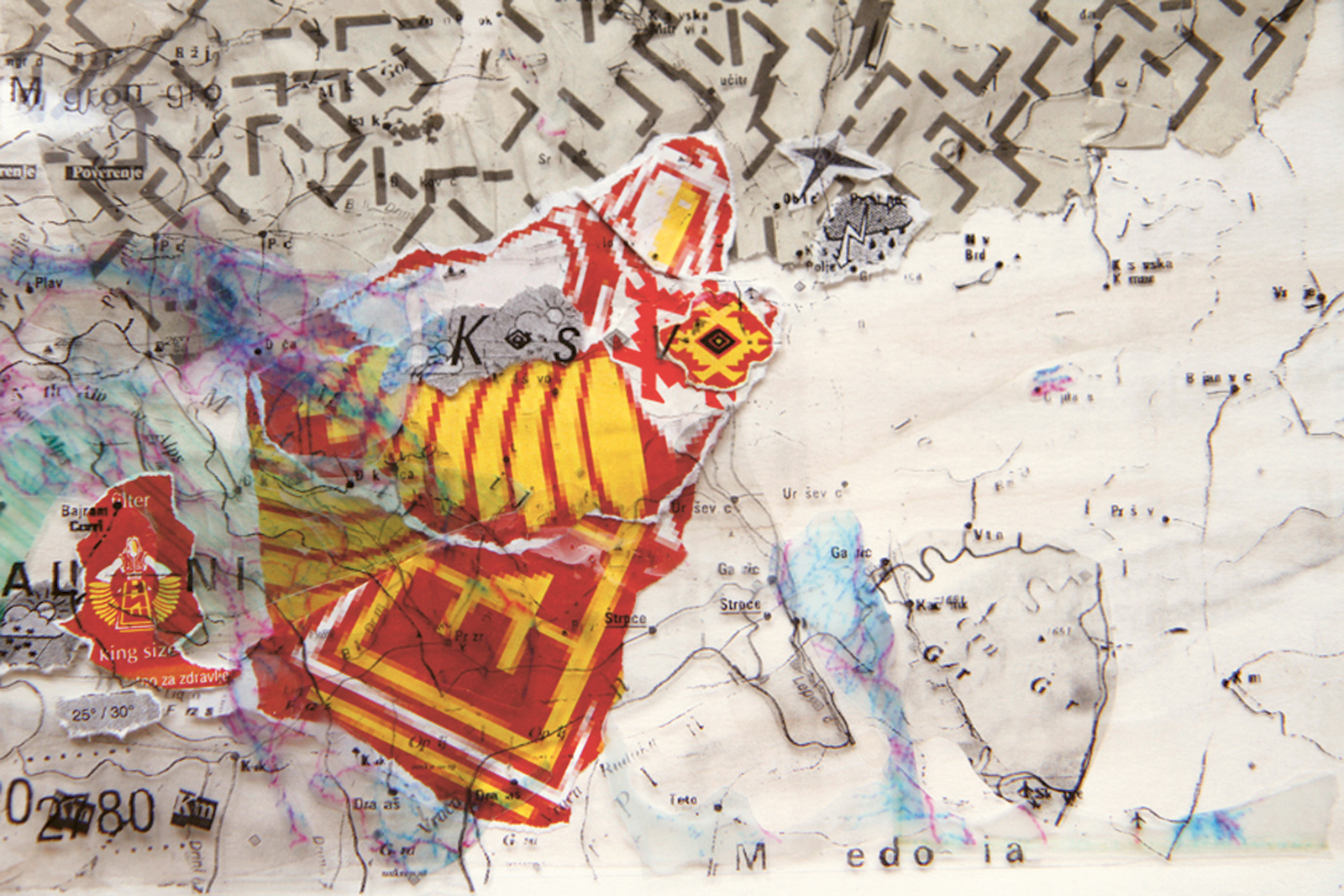 2006
Collaged film, 16mm stop-motion, digitally edited, Collaged film, 16mm stop-motion, digitally edited, 7’ 39’’ in Loop
​
A city invisible to the eyes is made tangible. Structured in several layers, the film is made of macro composite matter gathered from the ground. The work explores issues of perception in relation to earth cartographies and boundary lines. Shot using a video camera, frame by frame a film of sand dunes is exported as images, transformed again into an abstract painting. Running its full length, sienna pigment is dissolved in water to construct a background (earth). Several glass plates have been piled on a vertical construction to compile a performative process of shooting. The depth created by a density of visual layering and materiality emerges paradoxically on its surface. Dissected materials, collected from the street or offered by friends, construct the main motif throughout successive collages. At the shooting table more ephemeral layers emerge. As components appear and vanish during the process, traces are retained on the 16mm film. Found elements collide and morph – Drina cigarette packages from Belgrade, body noises, sounds of heartbeats, tracks from Pristina, reworked political maps of Eastern Europe and geological maps of Patagonia. Each element stands in relation to the other to stratify a new landscape that compresses different times.

Special thanks to my friends and colleagues Mikio Saito and Carolina Boettner, and to my prof. Mark Leckey who guided my work when I was a guest student at the film class.